The game Stash will allow you to play with Friends and join Clans. 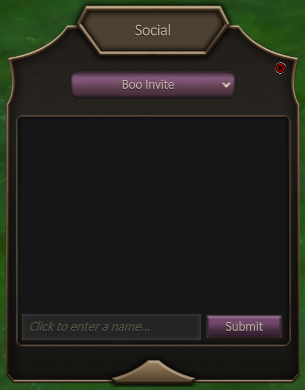 Social Interface is accessible via game option menu, from there you can add friends, send private messages (tells), give a player access to your Base of Operations (BOO), visit theirs, or ignore a player if you were piqued. To send a tell to a player just type in the game chat the following: /t nickname your text. To quick reply to a most recent tell from another player type the following: /r your text. Or you can just select "Tell" from the drop down menu next to chat input window. In either case you need to write player name before you send a tell. Selecting "Send Tell" from friend list will automatically include player name to the message. Sending a tell is a good way to check if the player is online. If the player is offline you will get a message of failed tell attempt. Another chat commands include: /t for trade chat. /c for clan chat, /s to return to main chat.

To use farmhand, just add your friends to your BOO Invite list in the social tab. To access their BOO, you too have to be added to their BOO Invite list. To access your friends BOO, first go to your BOO and from there open the social tab and click on your friend's name in your BOO Access list. You need to be inside your BOO to access other player's BOO. Your friends don't have to be online to receive the XP upon work completion, they will get it even if they are offline. After they log in and open the farming structure's interface, they will get a pop-up stating you helped them. 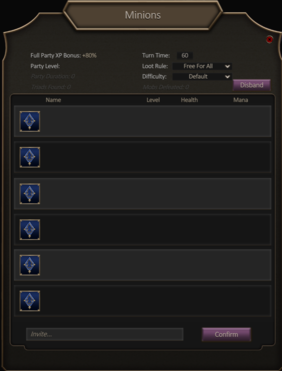 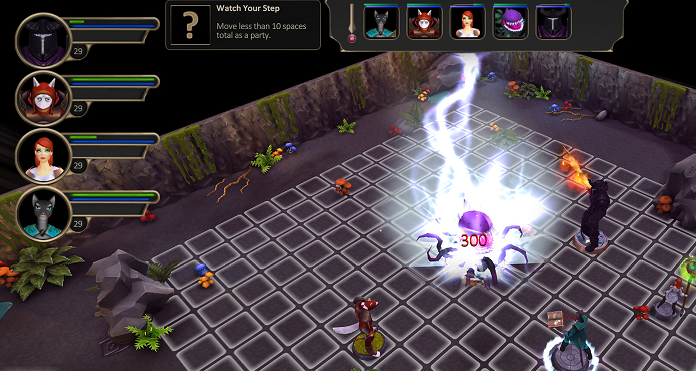 Partying in Stash is accessed via Party Interface. Press P to open it. Write a player's name in the invitation field and click "invite", they will get a pop-up message prompting to join. You can have up to six players in your party. After a party is formed, all party members should stand on the same tile as the party leader. Party leader then moves all party members (they should not click away). In the party interface you have options to adjust turn time, loot rule, and dungeon difficulty. Highest level character in the party will determine the party level. Monsters level will be determined by the set dungeon difficulty. This setting will only work with private dungeons and the difficulty has to be set prior to entering the dungeon first time. After clearing the private dungeon the party leader has to relogin and form the party again to reenter the dungeon with the monsters respawned. World dungeons spawn monsters with time, and difficulty setting does not affect such dungeons as well as monsters lurking on the surface.

Party level is simply the highest level member of the party. The number of monsters in a given encounter is determined by the number of party members in a group.

Press P to open your party interface, you can see the "loot rule" drop-down menu there.

If the loot rule of your party are set to "Free for All", once the last monster dies, the chest appears, and after the chest is clicked, you can manually access your loot then exit the encounter.

This difficulty setting only works for private dungeons. Press P to open your party interface, you can see the "difficulty" drop-down menu there:

Clans can be joined in the Stash RPG by a player of any level.